Industrial surface coatings, including powder coatings, are applied to Original Equipment Manufacturing (OEM) parts. The Volatile Organic Compound (VOC) and Hazardous Air Pollutant (HAP) content of these coatings are regulated at the Federal, State, and local levels. The following is an overview of these regulations.

Most States and many of the local California Air Districts already regulate the VOC content of industrial surface coatings in coating application facilities. The facilities may also have operating permits that regulate the VOC content of coatings. These rules vary considerably, depending on where the facility is located and the substrate being coated. States and air districts that need additional emission reductions for their Ozone implementation plans often adopt more stringent VOC requirements for industrial surface coatings.

To assist the States, the Environmental Protection Agency (EPA) has developed several Control Technique Guidelines (CTGs) that the States can model their regulations after, including CTGs for flat wood paneling; paper, film and foil; metal furniture; large appliances; plastic
parts; auto and light duty trucks; miscellaneous metal parts; fiberglass boats; and miscellaneous industrial adhesives. Several states have recently adopted these
CTGs including DE, IL, NH, NC, GA, ME, UT, and NY. Additional states including PA, NJ and MA are planning to adopt these CTGs in the very near future. While lower VOC limits may present a challenge for facilities currently using higher VOC coatings, this could be an opportunity
for increased use of powder coatings.

Many of these CTGs are based on the rules that have been adopted by the South Coast Air Quality Management District (SCAQMD). SCAQMD comprises the area in and around Los Angeles, California. It is important to note that SCAQMD is likely to adopt much more stringent VOC standards for coatings that are applied Miscellaneous Metal Parts (for example 100 g/l for “general” coatings). Once this rule is adopted it is likely that other CA Air Districts and eventually others States will adopt these stringent limits. Once again, while this rule may have a significant
impact on surface coating operations, this could provide an opportunity for increased use of powder coatings.

The Clean Air Act requires the Environmental Protection Agency (EPA) to complete Residual Risk/ Technology Review (RTR) of MACT standards, within eight years of promulgation of the MACT standard. EPA is required to review the MACT standards to determine if additional tightening is needed to eliminate any significant “residual risks” to downwind receptors
(for example neighbors near a coating application facility) that might remain despite the MACT standards application. EPA can also cost justify more stringent standards based on changes in technology or the industry. So far, EPA has completed a RTR for Wood Furniture Manufacturing and Ship Building/Repair.

While EPA concluded the residual risk for these MACT standards was reasonable, EPA did cost justify the addition of a formaldehyde standard for coatings used at Wood Furniture Manufacturing operations (limit usage of formaldehyde in coatings and contact adhesives to 1%
by weight). EPA is currently working on the Aerospace Coating Operations MACT RTR. Initial proposals suggest that EPA is likely to lower the limits and set limits for previously unregulated specialty coatings.

EPA has missed the deadline for 11 additional surface coating MACT standards including Miscellaneous Metal Parts, Large Appliances, Metal Furniture, and Automobile and Light Duty Trucks. On August 23, 2013, as a prerequisite to bringing a civil action, Earthjustice sent a letter
to EPA, providing notice that Earthjustice intends to sue EPA over the missed deadlines. As with similar letters in the past, Earthjustice will sue EPA within 60 days, and then enter a settlement agreement forcing EPA to complete these RTR rules by a future court ordered deadline. As
a result, it is likely that EPA will start the RTR process for these surface coating MACT standards in the near future. With regards to powder coatings, the Metal Furniture MACT standard was based on the use of powder coatings; as such, there could be other opportunities for powder
coatings as EPA completes the RTR process.

In addition to the Industrial Surface Coating Regulations, ACA is working on behalf of industry to
address the following regulations that are likely to have a significant impact in the powder coatings industry:

As reported in previous regulatory updates, the US Security and Exchange Commission (SEC) conflict minerals rule requires all U.S. publically traded companies that manufacture or contract to manufacture products for which conflict minerals (any amount of the following: tin, tungsten, tantalum, gold) are necessary to the products’ functionality or production are covered by the scope of the Conflict Minerals Rule. In January, oral arguments in the legal challenge to the SEC’s conflict minerals disclosure rule, National Assoc. of Manufacturers v. SEC, were held in the U.S. Court of Appeals for the District of Columbia Circuit. The National Association of Manufacturers (NAM) appealed the decision made by the U.S. District Court for the District of Columbia, which on July 23 rejected all of the association’s objections to SEC’s conflict minerals rule, granting summary judgment to the SEC. The decision from the U.S. Court of Appeals for the District of Columbia Circuit is expected within the next few months.

In response to the U.S. Occupational Health and Safety Administration’s (OSHA) notice of proposed rulemaking for Occupational Exposure to Respirable Crystalline Silica, ACA submitted comments to OSHA on Feb. 11, 2014. Thus far, OSHA has received over 2,800 comments from the public regarding its proposed rule. According to OSHA, approximately 2.2 million
workers are exposed to respirable crystalline silica in their workplaces, and exposures can occur when workers cut, grind, crush, sandblast, or drill surfaces such as concrete, masonry, tile, or rocks. OSHA lists numerous negative health effects of crystalline silica exposure, including silicosis, kidney disease, renal cancer, and lung cancer. The proposed rule would lower the permissible exposure limit (PEL) to 50 micrograms of respirable crystalline silica per cubic meter of air for both general industry and construction worksites. The proposed rule also establishes controls, medical surveillance, exposure assessments, reporting, hazard communication, and other requirements for worker protection. OSHA claims that this rule could save almost 700 lives per year and prevent 1,600 new cases of silicosis per year.

Imposition of a fixed value standard is expected to result in many previously compliant industries and operations facing increased control requirements. This is particular true for the construction industry, where crystalline silica exposures from “dusty” operations as diverse as concrete finishing, stone and brick work, and tile installation are known to occur. General industry operations using “sand products,” such as foundries and oil and gas drilling, will also be affected by the proposed standard. In additional to exposure controls, the proposed rule carries significant administrative requirements including medical monitoring and detailed recordkeeping.

Among others, ACA asked OSHA to consider additional studies that assess the health risks of respirable crystalline silica exposure, and to consider the confounding factors in workplaces (e.g., smoking) when assessing the health risks of respirable crystalline silica causing diseases such as lung cancer. ACA calls for OSHA to remain consistent with the Revised Hazard Communication Standard, recommends that OSHA consider established work practice controls for other hazardous particulate exposures, and asks OSHA to reevaluate its cost impact for the paint and coatings industry. In its proposed rule, OSHA estimates that it will cost the
paint manufacturing industry $70,423 for monitoring alone, while ACA’s Occupational Health and Safety Committee members estimate that the costs will be ten times that amount. Lastly, ACA acknowledges the comments of the National Industrial Sand Association (NISA) and the
American Chemistry Council’s Crystalline Silica Panel in their risk analysis evaluations of the proposed rule.

What's going on in the finishing industry all over the world. Conventions, trade shows, meetings, seminars, webinars, and workshops.

What's going on in the powder coating industry

List of used powder coating equipment wanted or for sale

Ovens of all types, sizes, and configurations in all price ranges for all your powder coating needs

Tools for measuring the effectiveness and efficiency of your coating line, oven, powder application, etc.

Resources to help your finishing business grow and prosper

Reduce your labor costs, maximize your line efficiency with the right packaging for the job

Learn how to powder coat, how to choose a custom coater, build your own powder coating oven, how to coat over galvanizing, the characteristics of different powder formulations, oven maintenance, pretreatment and masking considerations, how-to manuals, and more!

A directory of powder coating suppliers in Canada

Can't find what you're looking for? 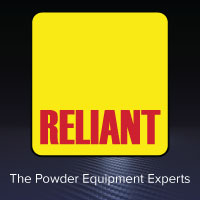